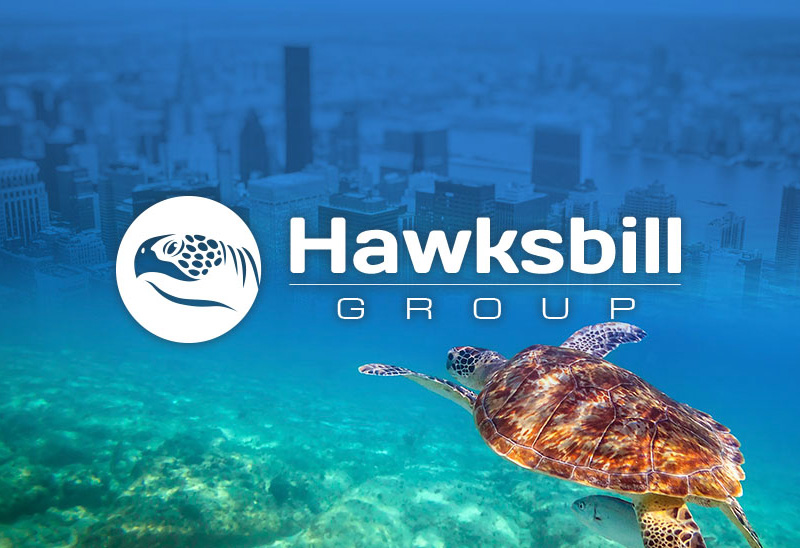 The Hawksbill Group’s CEO, Bob Ferguson, co-founded the firm with Jaime Ardila and Tim Lee.  The three met first when serving together on the General Motors senior executive committee.  They were a part of a team that guided GM from bankruptcy to become a renewed company that is profitable, stable and positioned for growth.

After leaving GM, they were approached by various groups seeking strategic counsel on business matters.  Each founder has a unique background that, when combined, offers fluency in five languages, on-the-ground experience in more than a dozen countries, and first hand knowledge gained from leadership positions at AT&T, General Motors, Rothschild Bank, Fleishman-Hillard and Hill and Knowlton.

The three founders plan to take the insights gained in their careers and put them to use for a select group of clients with a focus on: organizational development; reputation and crisis management; brand development; manufacturing and supply chain operations; corporate finance; public affairs and regulatory compliance and international business development.

Together, the founders are an accomplished team with extensive experience in leading multi-billion-dollar business operations.

In a joint statement on the launch of the Hawksbill Group, the firm’s co-founders said:

“We’re pleased to put our experience and energy behind the development of The Hawksbill Group.  We’re building the firm on a foundation of experience that is both diverse and unique.  Our expertise is wide-ranging and specific to helping corporations and organizations grow, solve complex problems and build lasting brands.”

In addition to the founders, the firm will benefit from the participation of several experienced leaders.  T. Michael Payne, formerly general counsel at several telecommunications companies, including AT&T, will be the firm’s senior strategic strategist.

Stephen Girsky, former vice-chairman of General Motors, will be a senior advisor and assist clients on business development efforts.

Steven Swanson, formerly a senior executive in the commercial real estate sector, will be a senior advisor focused on executive development and business efficiencies.

Chris Considine, the former CEO at Wilson Sporting Goods, will be a senior advisor and will focus on brand development and retail effectiveness.

W. Mark Leslie, a former telecommunications executive, will be senior vice president and will direct the firm’s client services.

Terence Cuddyre, Chairman of Citibank Berhad, will be a senior advisor for international banking and international business development.  Terence (Tab) has worked globally for Citibank for over 30 years and brings his contacts and experience to the team.

Clients of the Hawksbill Group will benefit from the firm’s Board of Advisors – a network of the world’s most renowned leaders in business, finance, crisis management and public service.

James Kahan serves as the chairman.  A former AT&T executive, Kahan oversaw all mergers and acquisitions and corporate strategy for SBC Communications and AT&T.  Other board members include Mohamed Loutfy Mansour, current chairman of the Mansour Group, chairman of MAN Capital LLP, and former Minister of Transportation for Egypt and Richard McClure, the former CEO of Unigroup, a global logistics company that owns United and Mayflower Van Lines.

Jaime Ardila is co-founder of Hawksbill Group. Jaime brings a strong global business and cross cultural expertise to the firm. He has lived and worked in ten countries on three continents over the past 35 years with business acumen in all areas from general management, to the manufacturing floor, to the c-suite. He has significant leadership and general management expertise from his tenure as managing director in five countries and as regional president for South America for over five years. He was also regional CFO for Latin America, Africa and the Middle East and held a number of finance positions. He has a vast network of contacts in these regions.

Jaime was born in Pereira, Colombia. He is fluent in Spanish, English, German and Portuguese. Jaime holds a master’s degree from the London School of Economics and a bachelor’s degree in economics from Jorge Tadeo Lozano University in Bogota, Colombia.

Bob Ferguson is chief executive officer and a co-founder of Hawksbill Group. Bob has more than 25 years of experience in the private and government sectors, having held numerous senior-level positions in communications and government relations, marketing, and telecommunications sales and services.

He is a native of San Antonio, Texas, and he holds a Bachelor’s degree in Communications from Evangel University in Springfield, Missouri.

Tim Lee is a co-founder of Hawksbill Group. Tim brings a unique mix of commercial and operational skills to the firm. With a strong background in international operations for General Motors, Tim understands the ins and outs of both domestic and foreign markets and how to successfully grow and maintain businesses in these areas. He has lived and worked Europe, Japan and China. He enjoys permanent residency status in the Peoples Republic of China.

About The Hawksbill Group

Based in Washington, D.C., Hawksbill Group provides strategic counsel in public affairs, corporate communications and business operations to Fortune 50 corporations and philanthropic and non-governmental organizations worldwide. The firm will help clients across multiple industries with a focus on: organizational development; reputation and crisis management; corporate strategy; brand development; manufacturing and supply chain operations; corporate finance; public affairs and regulatory compliance and international business development. The firm takes its name from the Hawksbill sea turtle, one of the ocean’s most beautiful and endangered creatures. The firm contributes a portion of its profit to the Hawksbill sea turtle’s preservation by supporting the Florida Hawksbill Project.

©2022 The Hawksbill Group. All Rights Reserved.