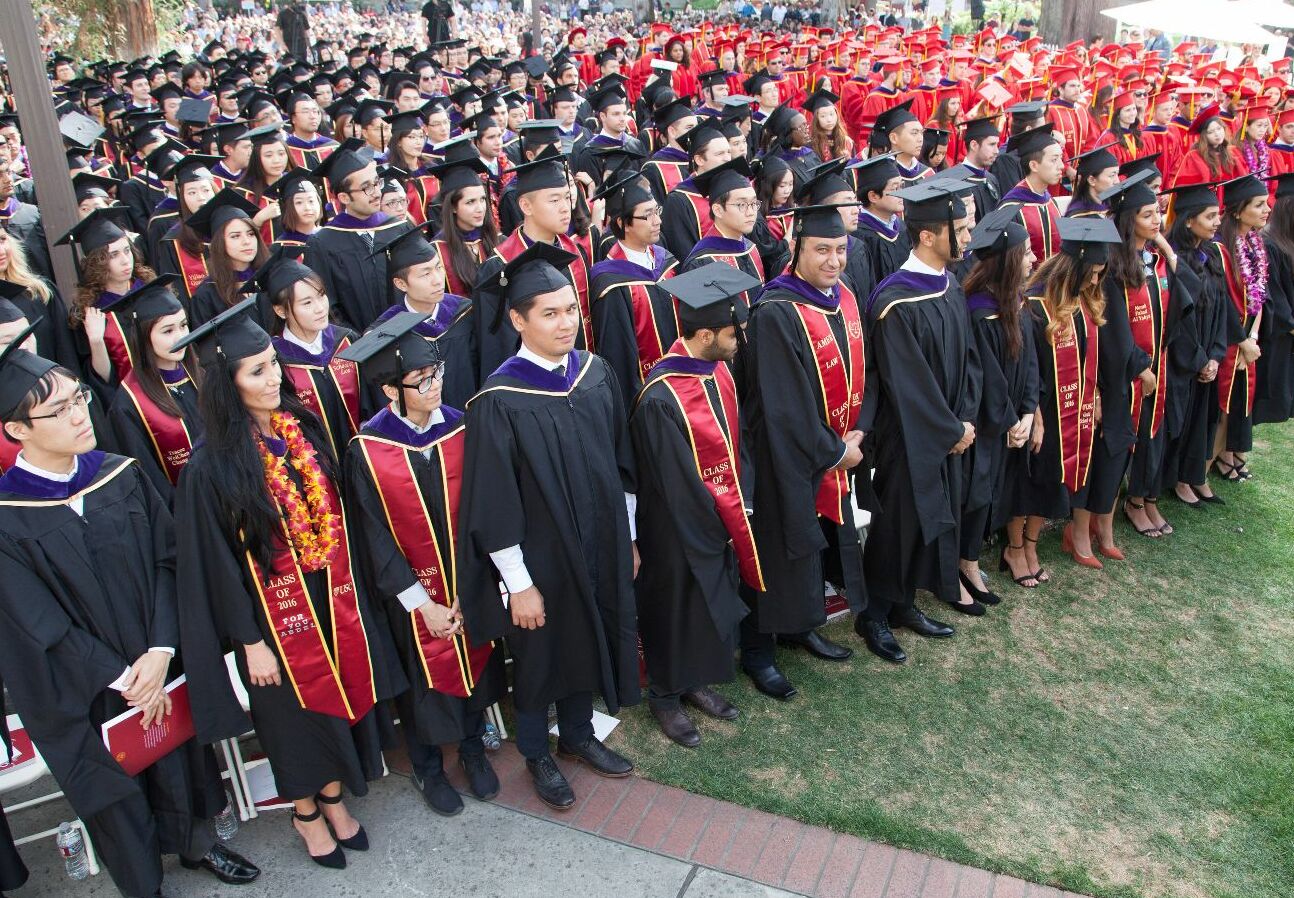 Intro
Thank you, President Pastides, Dean Wilcox, distinguished members of the faculty and the
Class of 2019 for having me here today. It’s an honor to be here in the Horseshoe with you,
and to be given the opportunity to share some of my personal observations as you take this
next step into your future.

Dean Wilcox was a classmate when I attended school here and I wish I had some inside
stories to tell you about his law school hijinks, but the truth is he was the same then as he is
right now – a great and studious guy, and really smart. It’s kind of a shame because that
could have made for a really good speech!

Back in the eighties, my father was Dean here. In those days, it was a combined
commencement…all the undergrads and the law school grads and all the other grads sat
through the same ceremony. The undergrads went first, and it took hours. The law school
grads would get tired of waiting and just leave. So, my father went to the school president
and suggested a separate ceremony for the law school. The president said that if he could
get the graduating class to sit there for the entire ceremony, the law school could have its
own graduation. Our class stayed through the entire long, drawn out event and, at the end,
we stood and applauded as the President and the Dean recessed. Since that time, the law
students have had their own graduation… You’re welcome!

Telecom
In 1983, shortly after graduating, I joined Southwestern Bell as an in-house lawyer, the year
before the breakup of the Bell System. At that time, the Bell System was a heavily
regulated monopoly. Everyone used a clunky phone with a curly cord attached to the wall
to communicate. Motorola made history that year when the FCC approved the 8000X, the
world’s first commercial portable cell phone. It cost consumers a whopping $3,995 and filled
a large briefcase.

When I retired 26 years later, telecommunications were competitive, data-centric, and
wireless. I was an officer at AT&amp;T at the time and I’ll never forget being in a meeting with
AT&amp;T Chairman Randall Stephenson when the iPhone was introduced in 2007. At the time,
only 2 people in the world had a prototype – Randall and Steve Jobs. He stood up in the
meeting with that prototype and said, “I’m convinced this is going to change the world. I’m
not sure how, but I know it will.” At that point, the iPhone was nothing more than a wireless
phone that you could listen to music on. They simply took the iPod technology and added it
to a phone. The slogan for the device was, “This is only the beginning.” Boy, were they
right. A mere 12 years later, it’s an all-encompassing mobile platform – a phone, a wallet, a
navigator, a shopping cart, a camera…and again today, this is only the beginning.

We are all still trying to understand the implications on our lives and on our communities
that this transformation of telecommunications has brought upon us.

Automotive
After retiring from AT&amp;T, I spent 7 years at General Motors. When I initially received the
call from General Motors asking if I was interested in a job, I responded that I knew nothing
about automobiles. I was told that was ok because they didn’t have anyone who knew
anything about telecom. Frankly, today’s connected automobile isn’t your grandfather’s
Oldsmobile! It’s more like a moving smartphone.

For 100 years, the automotive industry has been based on 3 assumptions.

Vehicles will be owned by individuals.

Vehicles will be driven by a person.

Vehicles will be powered by a gas engine.

All three of those things are changing. And at the same time. Today and growing into the
future we have ride-sharing, car sharing and even peer to peer car sharing – all new
business models. Everyone is familiar with the Tesla but all manufacturers are introducing
battery electric vehicles and we are seeing the beginning of self-driving cars!
The car of the future will have headlights that project animated points of interest and be
customized for the individual driver, like the customized case for your phone.
Even today, GM offers vehicle-to-vehicle communication, which will alert drivers to dangers
they can’t see, like a car about to run through a red light.

Tesla  uses GPS data on certain models to raise and lower the suspension automatically on
rough roads or when pulling up to a high curb to give the vehicle full clearance and avoid
scraping the underbody. They also recently added a “Summon” feature to its Model S’s and
X’s, which allows the driver to step out as the car self-parks via smartphone. (BMW has a
similar concept that uses a smartwatch.) Eventually our cars will serve as valets, dropping
us off, then driving away to park.

In Porsche’s all-electric Mission E Concept, you can get from zero to 60 mph in less than
3.5 seconds. But the most exciting feature may be the interior infrared cameras that read
the driver’s pupils to control in-dash systems. The same cameras can also read faces to
identify mood, and a corresponding emoticon appears on the dash. That may not sound
important, but it’s a precursor to lifesaving applications, including monitoring a driver’s
drowsiness and stress levels.

This is just the beginning. We’re on the cusp of a massive mobility revolution and we will be
dealing with the ripples of that transformation long into our future.

Closing
The world is changing rapidly and driven by megatrends in communications and mobility as
well as other transformational trends in things like Artificial Intelligence and climate change.
Some are telling us that we are at the dawn of the second industrial revolution. Just as with
the iPhone, it is impossible to predict how these trends will impact our lives. I don’t think
that in 1981, either myself or Dean Wilcox would have ever guessed that we would end up
here today with you or the road we have taken to arrive at this point. Nevertheless, we
have succeeded I believe because we were willing to challenge the status quo and to adopt
existing legal standards to these new technologies. I hope you’ll take advantage of your
thinking skills honed at law school to be open and flexible to these trends, because there’s
no way to know today how those trends will impact your world or your professional lives as
you step into your future. Be open to every possibility.

This tremendous change is coming. And change is hard. It’s hard on people, on
communities, and on society. There will be winners and losers as change sweeps through
existing business models. As lawyers, we must be sensitive to all those impacts – the
negative ones as well as the positive ones. It is easy to raise fears about the unknown. The
one tragedy that occurred last year with self-driving vehicles has garnered more media
attention than the thousands of fatalities that have occurred on our roadways since.
My advice to you today is this…as change occurs, be empathetic. Listen. Use what you’ve
learned to make others’ lives better. Remember, the law should be like the oil in the
machine. It should remove friction, not add to it. As lawyers, you will be asked to give
advice on the impact of change. Listen to what is really being asked and then be bold
enough and brave enough to respond with honesty and integrity.

I know you will.
Thank you for having me today.